Song of Lahore || It Takes Two Hands to Clap

SONG OF LAHORE: Lahore was once a haven for a musical culture passed down for centuries to the beat of the tabla drum. Today, Islamization, ethnic divisions, war, and corruption have torn apart the cultural fabric of Pakistan

IT TAKES TWO HANDS TO CLAP: A group of folk musicians from Pakistan visit small towns in America as part of a larger Muslim cultural engagement project

Filmmaker Andrew Schocken will be in attendance for a post-film Q/A. Program presented in collaboration with the Seattle Jewish Film Festival.

Synopsis
This documentary film follows the inspiring story of Sachel Studios, a Pakistani group who prepare and then perform in New York with Wynton Marsalis and his band, The Jazz. For thousands of years, Lahore was an epicenter of art and culture, but after the Taliban came music was brutally suppressed – and something had to be done about it. A revolutionary new music circle, Sachel Studios, started experimenting with jazz using traditional instruments, garnering significant international attention. After being invited to work with Marsalis’s band, Sachel Studios overcomes multiple obstacles in coordination and rehearsing to grace the world with a spectacular performance, reminding everyone of the bond that we all share – music. Andy Schocken is a documentary filmmaker and cinematographer living in Brooklyn, NY. Song of Lahore, his producing and directing debut, premiered at the 2015 Tribeca Film Festival and IDFA, and was acquired by Broad Green Pictures for theatrical release. He was a co-producer and cinematographer for The Last Campaign of Governor Booth Gardner, which was nominated for an Academy Award and aired on HBO. His cinematography credits include recently released documentaries such as A Lego Brickumentary, Very Semi-Serious, First Position, and Gerhard Richter Painting. His corporate clients include Apple, Facebook, and Etsy. Andy holds a Masters degree in documentary filmmaking from Stanford University and a Bachelors degree from the University of Pennsylvania. 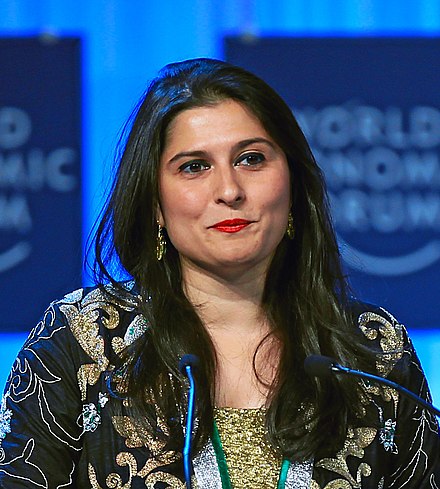 Sharmeen Obaid-Chinoy is a well-known Pakistani journalist, film writer, and activist who has won two Academy Awards for her films Saving Face and A Girl In The River: The Price of Forgiveness. Born and raised in Karachi but having obtained her college education in the US, she has received numerous accolades from governments around the world and critical acclaim for the deep social commentary of her moving works.

Andy Schocken will be attending the screening.

This Film is shown in partnership with Stroum Jewish Community Center and Seattle Jewish Film Festival. Many thanks to Pamela Lavitt.

IT TAKES TWO HANDS TO CLAP

Synopsis
A group of folk musicians from Pakistan visit small towns in America as part of a larger Muslim cultural engagement project.

Nadya Shah is a Pakistani-American documentary filmmaker. Socially conscious storytelling has always been her motivating force. Her film “Neither Coal Nor Ashes” documents women being burnt to death in the Punjab. This was screened at the Human Rights Film Festival in NYC and at the Women Directors from South Asia Film Festival. Her most recent film “It Takes Two Hands to Clap” documents the struggles of a group of Pakistani musicians who travel to small towns in the US as part of a larger cultural engagement and bridge building program. It was screened at NYCIFF, Santa Fe Film Festival Indie Fest and MANIFF. This is part of her ongoing work of looking at the intersection of gender, culture and identity.